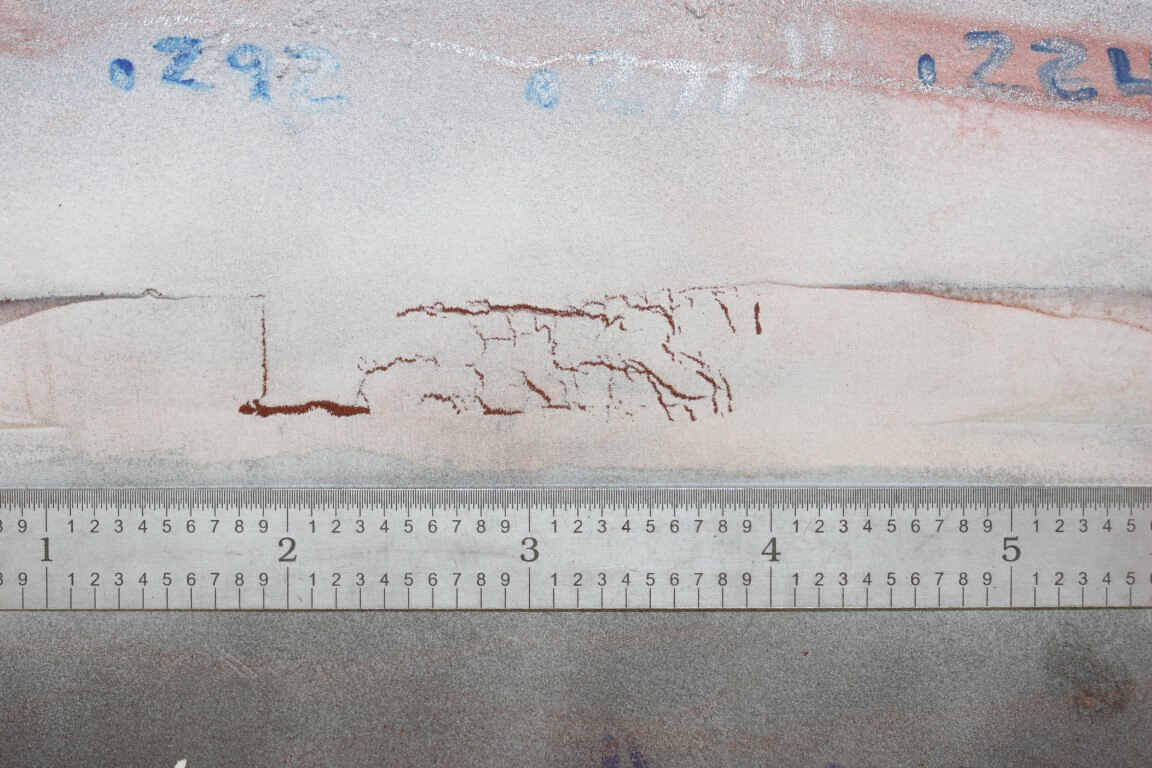 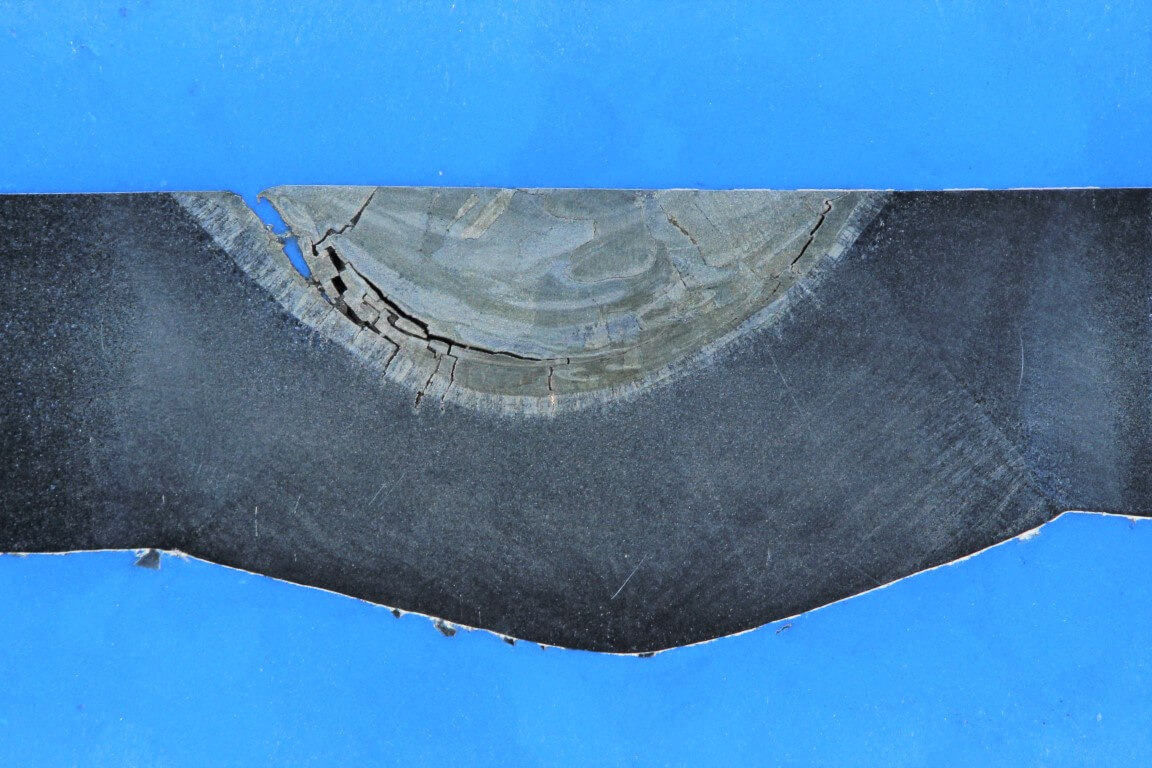 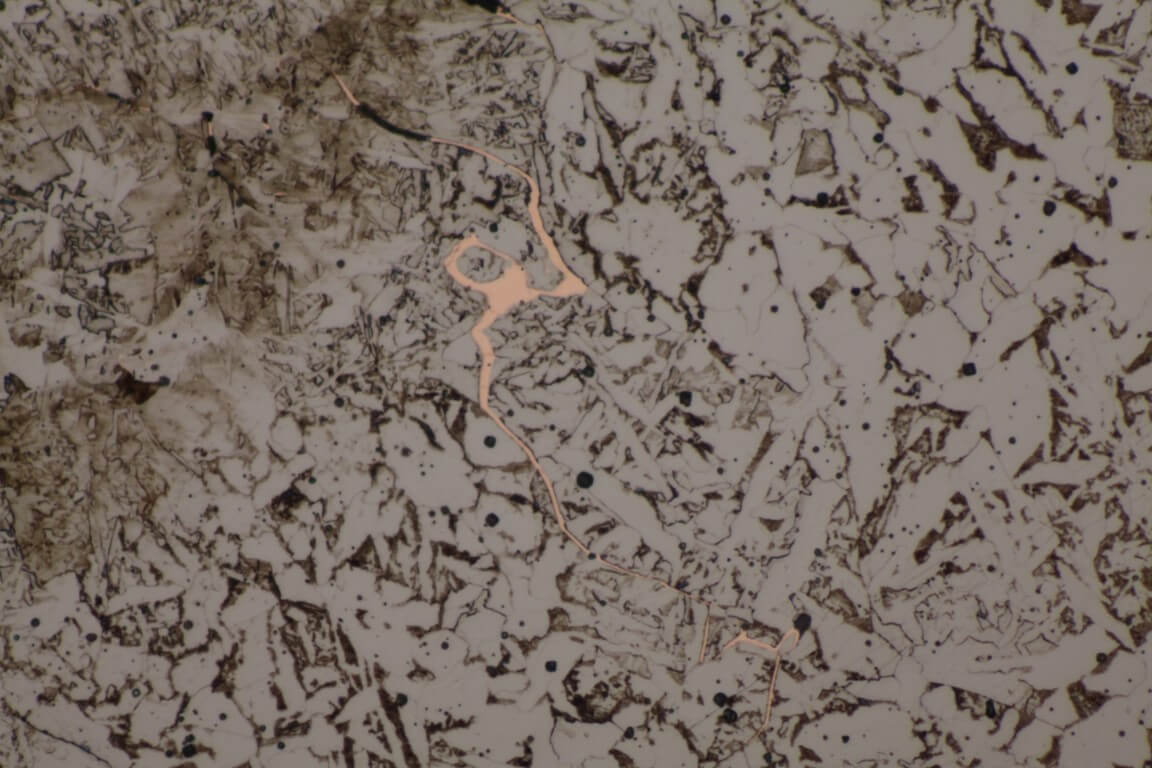 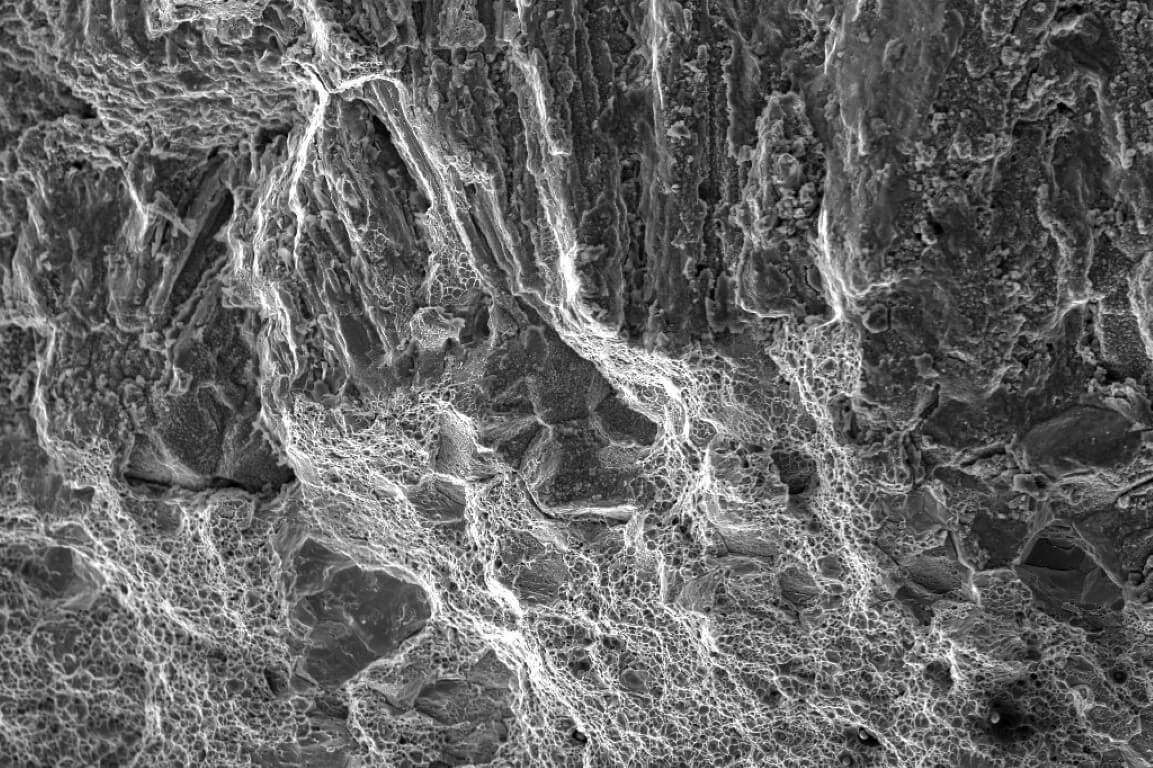 VGO Testing & Inspection Engineers was retained to evaluate a segment of 22-inch diameter natural gas pipeline to determine the cause for crack-like defects which had been discovered during a routine pipeline inspection by magnetic flux leakage. The pipeline, which had reportedly been in service for many years, was comprised of carbon steel, reportedly specified as American Petroleum Institute API 5L, Grade X52, with a wall thickness of ¼ inch. The pipeline had been fabricated by automatic, double submerged arc welding (DSAW), a process in which the weld is made as a single pass from the inside of the pipe and a single pass from the outside, both under a protective layer of flux, utilizing equipment that includes a copper guide tube and copper electrode contact tip. (Hint: more on the significance of that later….)

Magnetic particle testing of the submitted segment of pipe revealed a network of coarse, jagged, interconnected cracks in the external weld, concentrated in a 2-inch long zone, with no evidence of cracking outside of this area. A metallographic cross section was removed through the weld in the area of the cracks, along with another cross section through the weld in an area beyond the cracks. Additionally, a specimen from the cracked area of the weld was pried open so the morphology of the crack surface could be examined at higher magnification in the Scanning Electron Microscope (SEM). Chemical analysis and physical properties tests were also performed to determine whether the pipe material met specifications.

The cross section through the cracked area showed that the inner pass of the weld had been made first, followed by the outer pass. The jagged network of interconnected cracks visible at the outside surface was present throughout the outer pass of the weld, with some penetration into the underlying heat-affected zone in the inner pass of the weld, but only minimal penetration into the inner pass of the weld itself. Most interestingly, the cross section revealed copper-colored deposits at the tips of the cracks. These deposits were subsequently confirmed to be elemental copper when examined by Energy Dispersive Spectroscopy in the SEM. Additionally, the SEM examination of the pried-open cracks revealed a coarse, intergranular fracture morphology, indicative of an embrittlement mechanism. In comparison, the cross section removed from an area beyond the obvious surface cracks exhibited no evidence of internal cracking and no copper deposits, and the chemical analysis and physical testing results showed that the pipe material beyond the cracked area was in compliance with the specified material.

So what had happened? Clearly, a localized zone of the external weld had become contaminated with copper during welding, probably as a result of melting of a portion of the copper guide tube or electrode contact tip. The molten copper, with a solidification temperature 700 degrees F lower than the steel, remained molten as the steel solidified, becoming concentrated at the grain boundaries, resulting in intergranular cracking (“hot tearing”) under the stresses imposed during solidification. Additionally, the presence of the molten copper in the solidifying weld metal resulted in a phenomenon known as liquid metal embrittlement, whereby the cracks were able to penetrate into the underlying heat-affected zone of the previously-solidified inner weld pass.