What happens when you cross an engineer with a love of fabrication and a penchant for BBQ with a piece of scrap falsework from the construction of a bridge? A custom built BBQ pit, that’s what! While in Oakland working on a Bay Bridge project, I kept noticing large pieces of scrap falsework getting loaded onto trucks heading for the scrapyard. I kept mentioning to my coworkers how cool it would be to get a piece and build a BBQ from it. On our last day onsite, Dave surprised me by having a piece loaded into the back of our pickup for the ride home. This is a brief description of the BBQ build.

The section of falsework was nominally 24 inches in diameter with 3/8-inch wall and just short of 4 feet long. Initially, I worked on it in our shop before shift, during lunch, and some on weekends. Little by little it took shape and after a while it was complete enough to take home where I put all the finishing touches on. 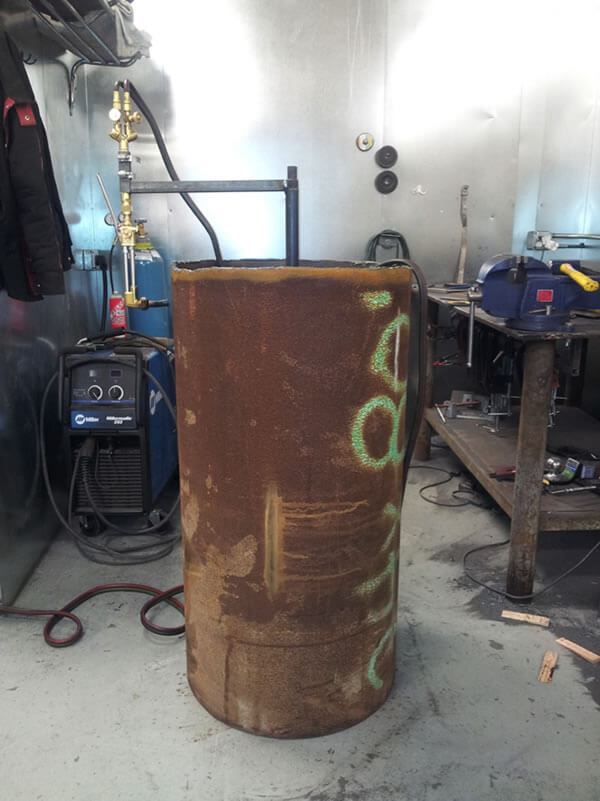 First task was to square the ends so I made a jig to hold the oxy-acetylene torch square with the pipe. 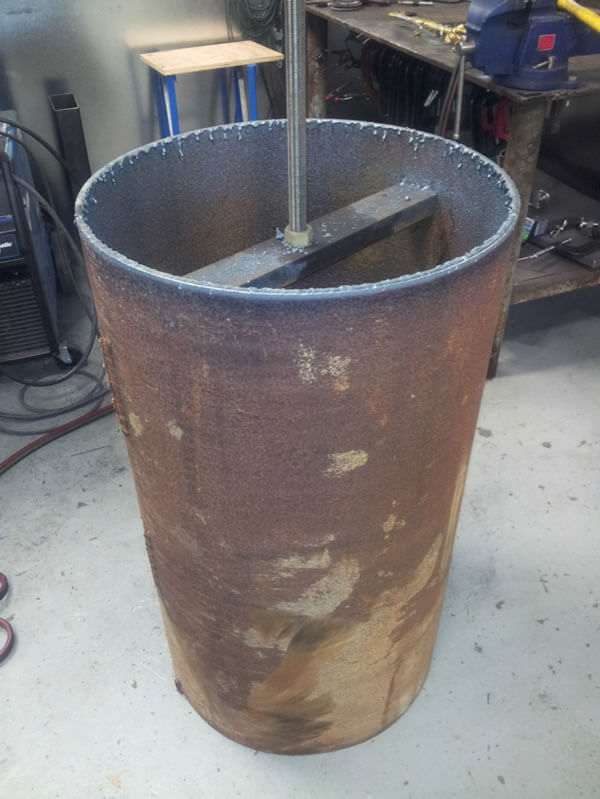 Here the ends are all squared up. The length of the cooking chamber ended up being about 42 inches. 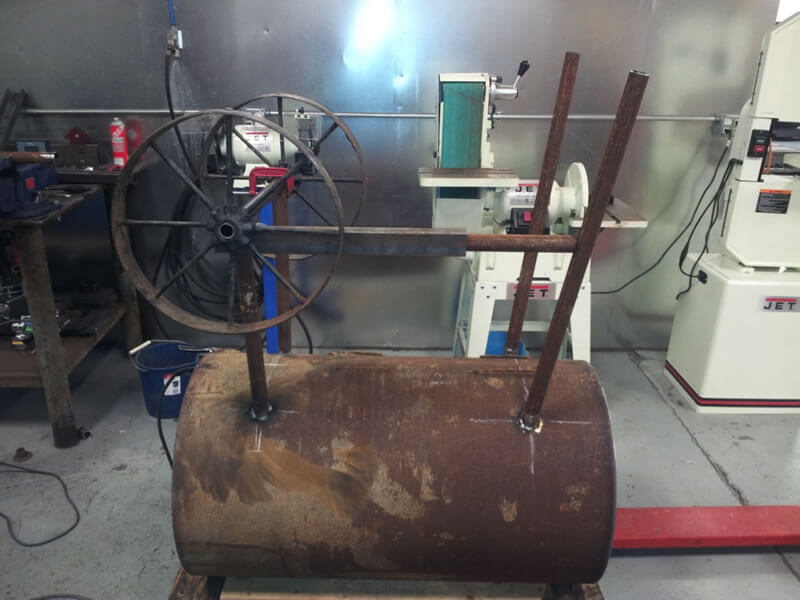 I fabricated the legs out of 1-1/2 inch tubing that I had lying around. The wheels, one of the few things I didn’t make, were purchased on eBay. 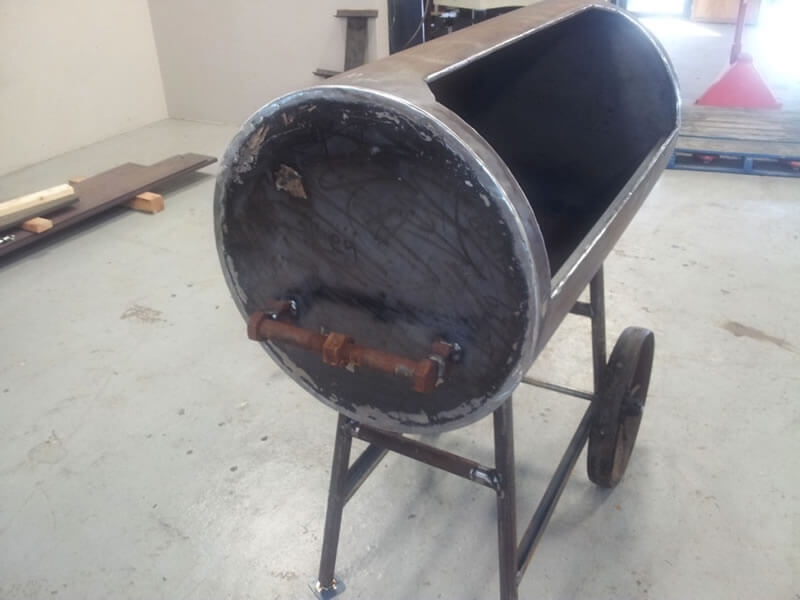 I cut the end caps from a plate of 3/8 steel I purchased for this project. The cooking chamber door has been cut out and a handle made from nuts and bolts has been welded on. 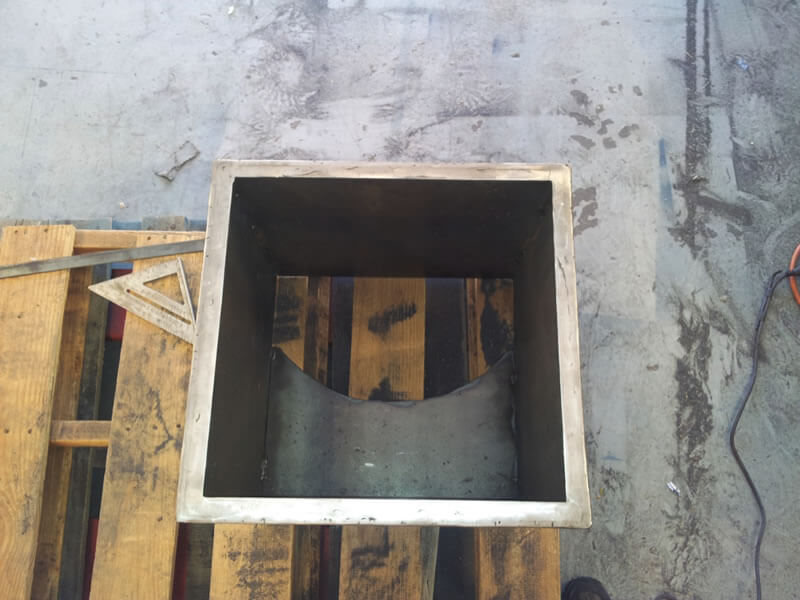 I constructed the firebox from some of the 3/8 inch plate as well. 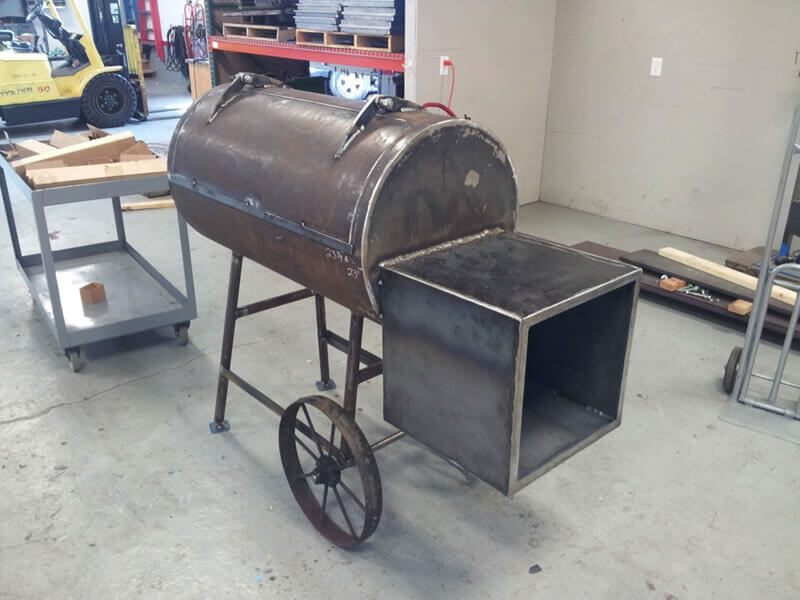 I made the cooking chamber door hinges from the plate also. The firebox has been fitted in this picture. 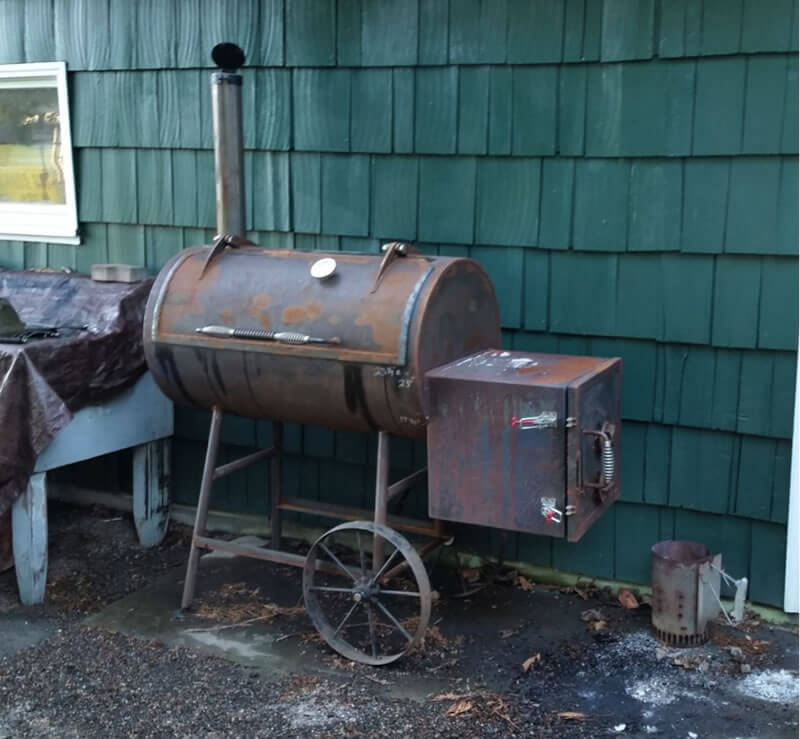 So here is the finished product, ready for seasoning and tuning. What I mean by tuning is installing a series of baffle plates, about 4 inches wide, which are placed between the firebox opening and cooking surface. The spacing between the plates is adjusted to create an even temperature from end to end of the cooking chamber, which avoids having it be blazing hot near the firebox end and cold near the chimney. 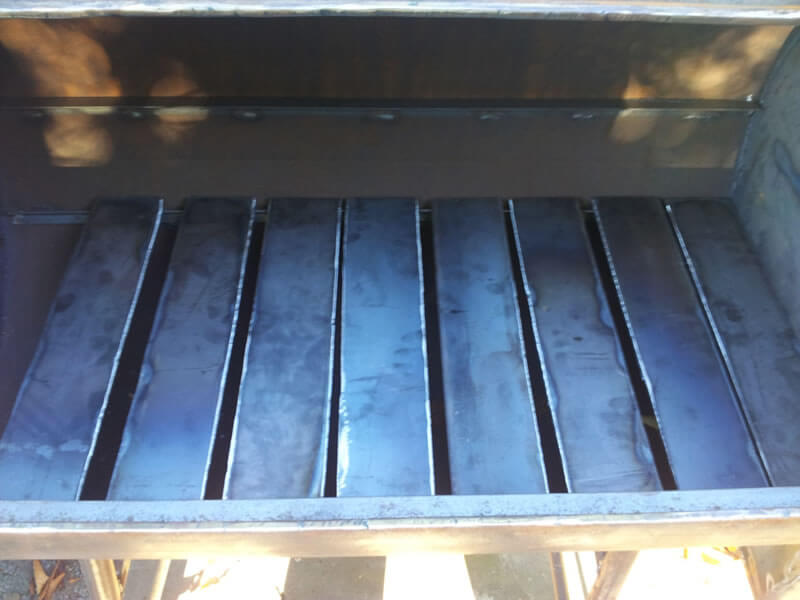 These are the baffles plates set in somewhat randomly prior to tuning. 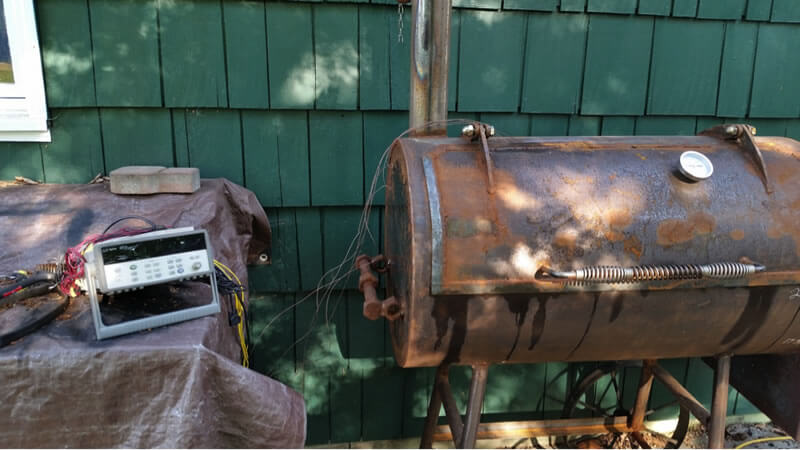 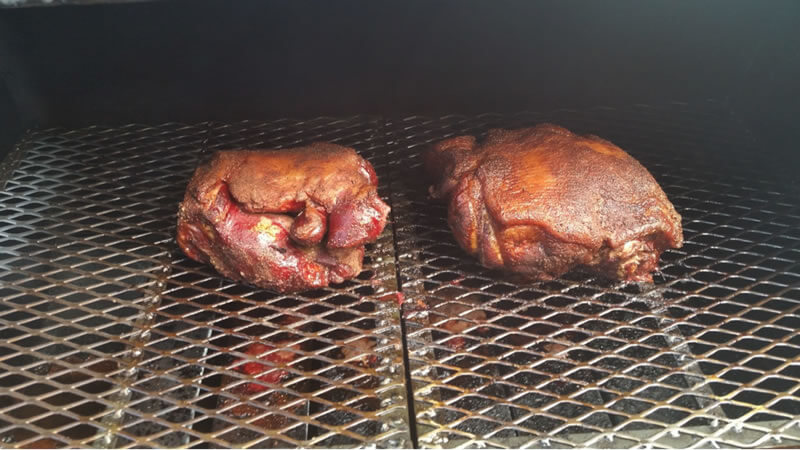 The payoff! I never thought two pork butts could look so small. Building this BBQ was a lot of fun but took a ton a work. I stopped keeping close track, but I have somewhere near a hundred hours of labor and 600 hundred pounds of steel in it. The only parts I didn’t make where the wheels, the springs on the handles, the firebox door hinges and latches, the thermometer, hardware, and chimney flapper. I have more pictures so if you’d like to see them or ask any questions about the BBQ; feel free to shoot me an email.