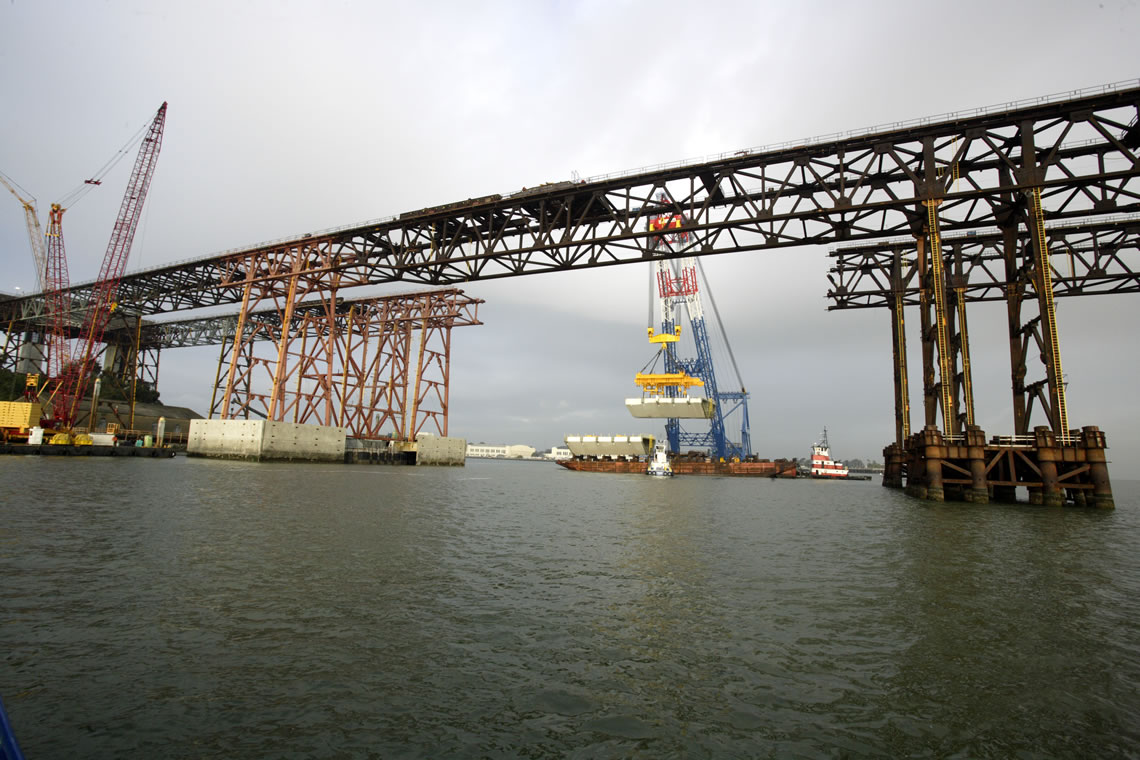 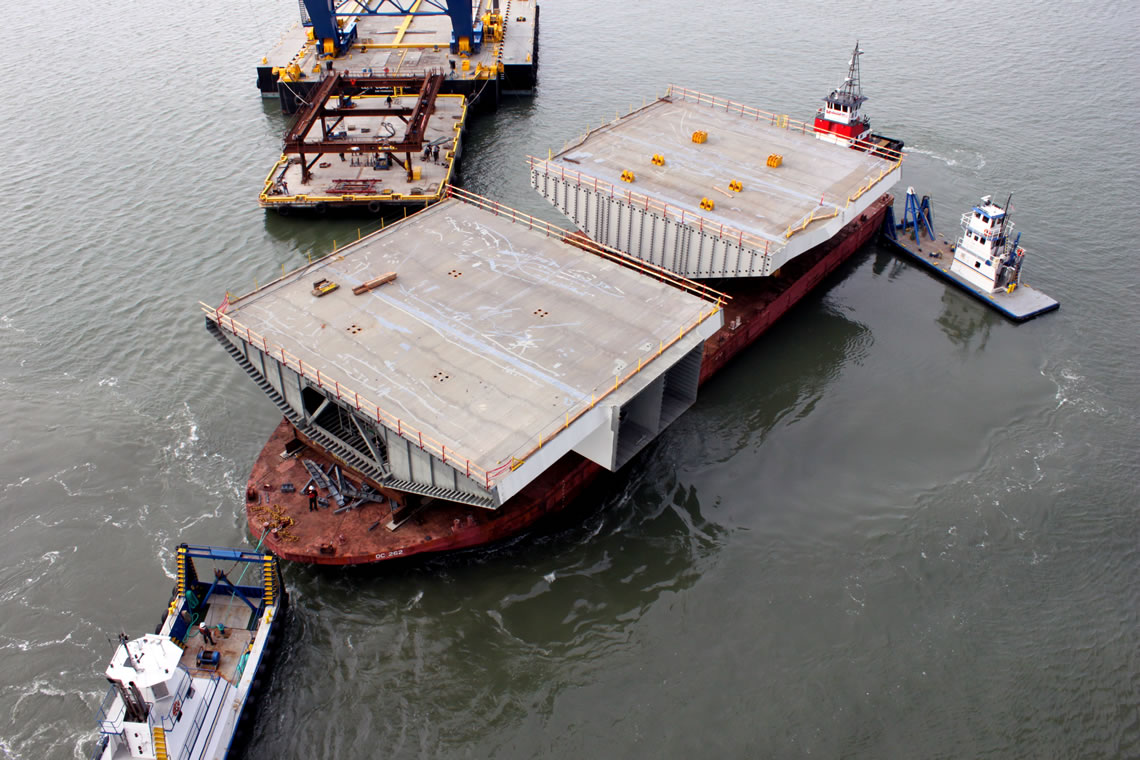 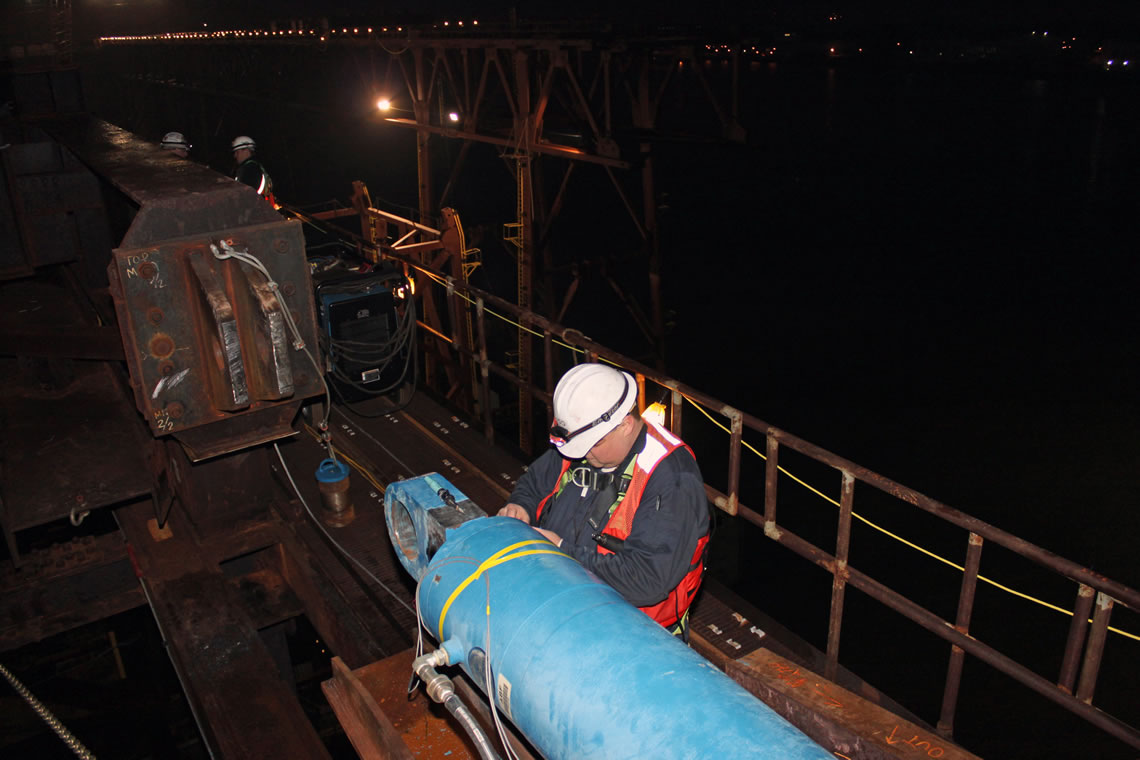 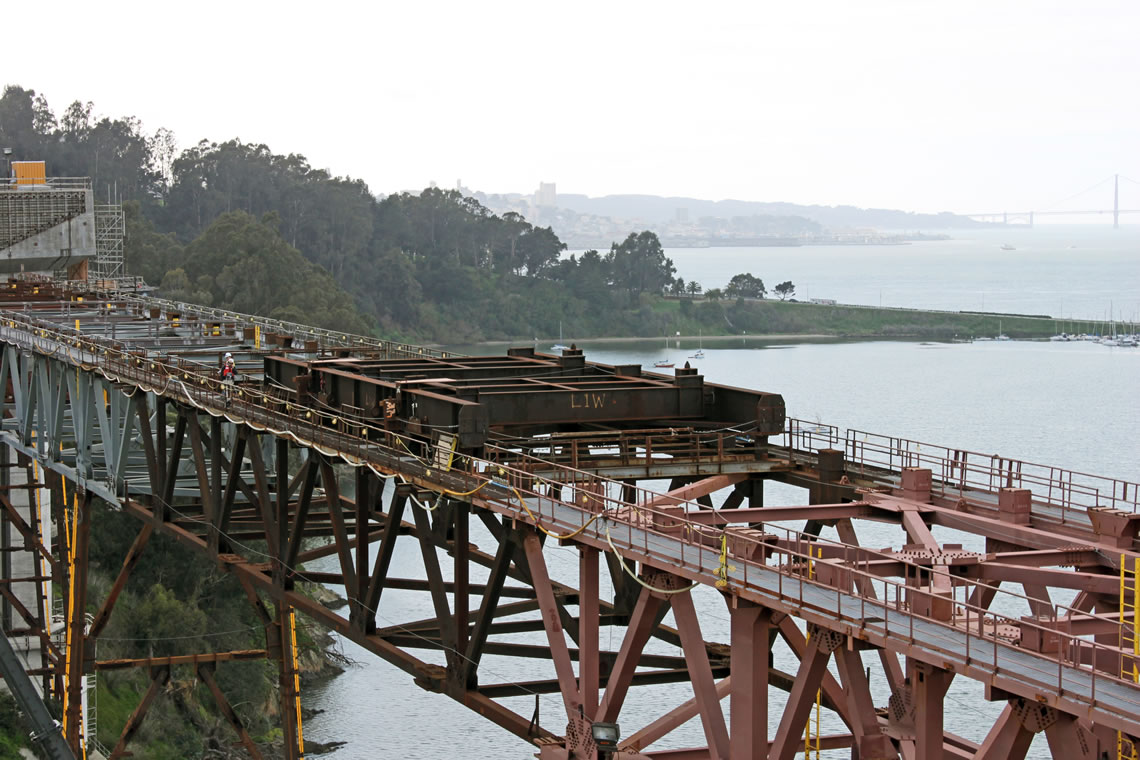 Built in 1936, the bridge between Oakland and San Francisco is undergoing a major seismic upgrade—in part because of the 1989 Loma Prieta earthquake, which caused a 50-foot section of the upper deck to collapse, leading to one death and a month-long closure of the bridge while repairs were made. The upgrade includes replacing the entire East Span connecting Oakland to Yerba Buena Island in San Francisco Bay, midway between the two cities. With a total estimated cost of $6.3 billion, the design for the new span incorporates a central, self-anchored suspension tower and 28 orthogonal box girder (OBG) deck segments, which are built off-site and barged to the bridge, then lifted onto a false-work structure by a floating, barge-crane.

After an OBG segment has been lifted onto the false-work, it is slid along the structure by means of a work carriage equipped with two hydraulic cylinders that press against the OBG segment. The work carriage is restrained by pins, causing the OBG segment to slide along the length of the false-work (in incremental steps), on stainless steel skids running on low-friction bearings specifically designed for the application.

VGO was retained by the project contractor (a joint venture between American Bridge and Fluor) to install strain gages on the hydraulic cylinders during the installation of the first OBG segment to allow the lateral force produced by the cylinders to be monitored and correlated to predictions by bridge engineers.

In preparation for the work, VGO engineers performed a Finite Element Analysis of the cylinder rod end clevises to identify the area on the clevises with the most uniform stress field. VGO engineers then traveled to Oakland and installed the necessary strain gages on the clevises, connected the gages to VGO’s high-speed, data acquisition system, and monitored the stresses while the OBG section was slid into place.