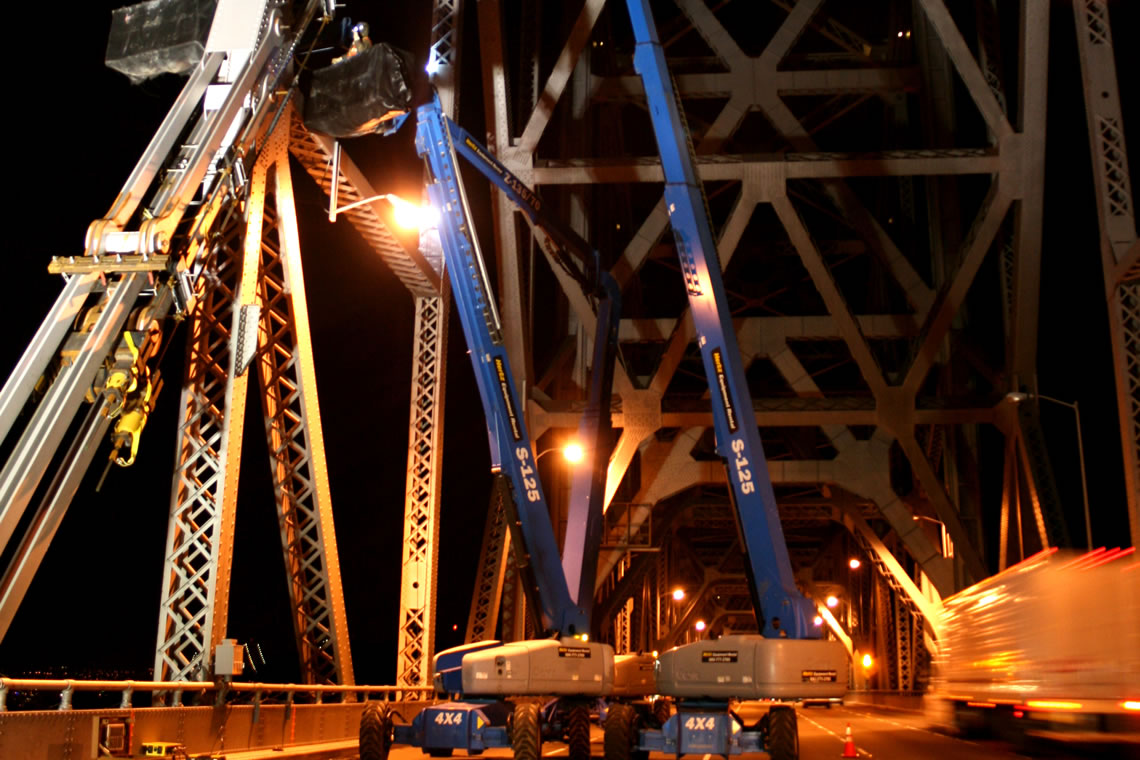 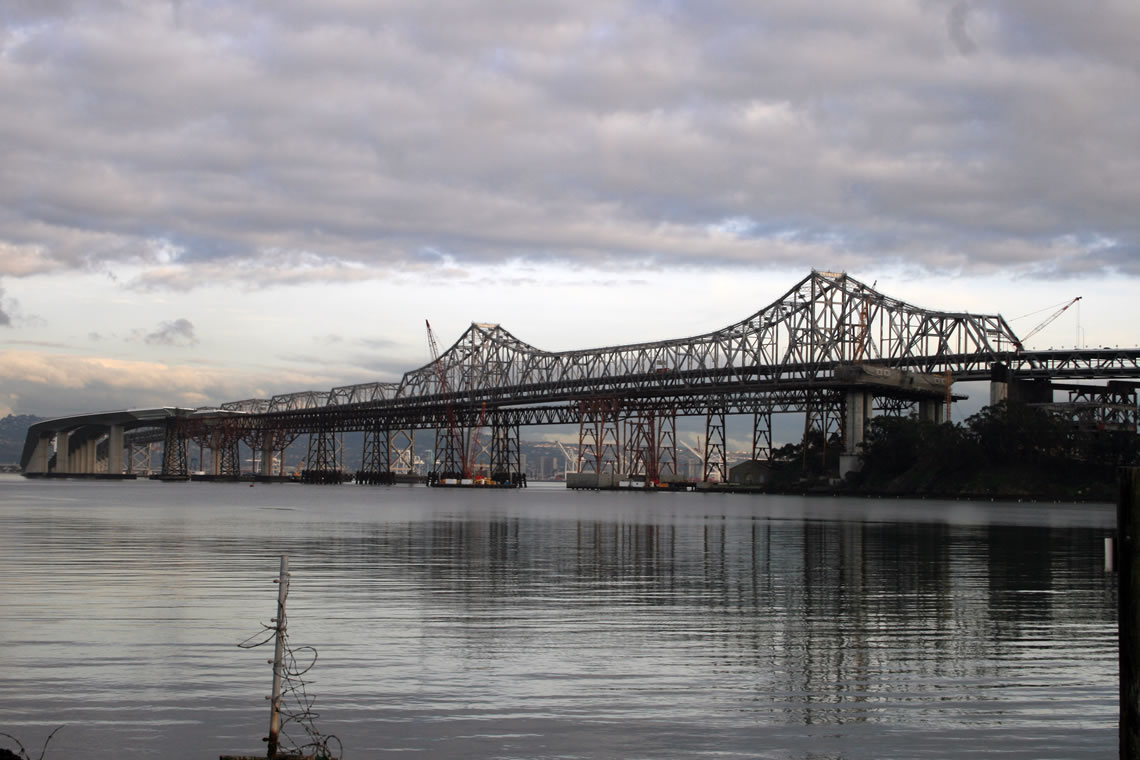 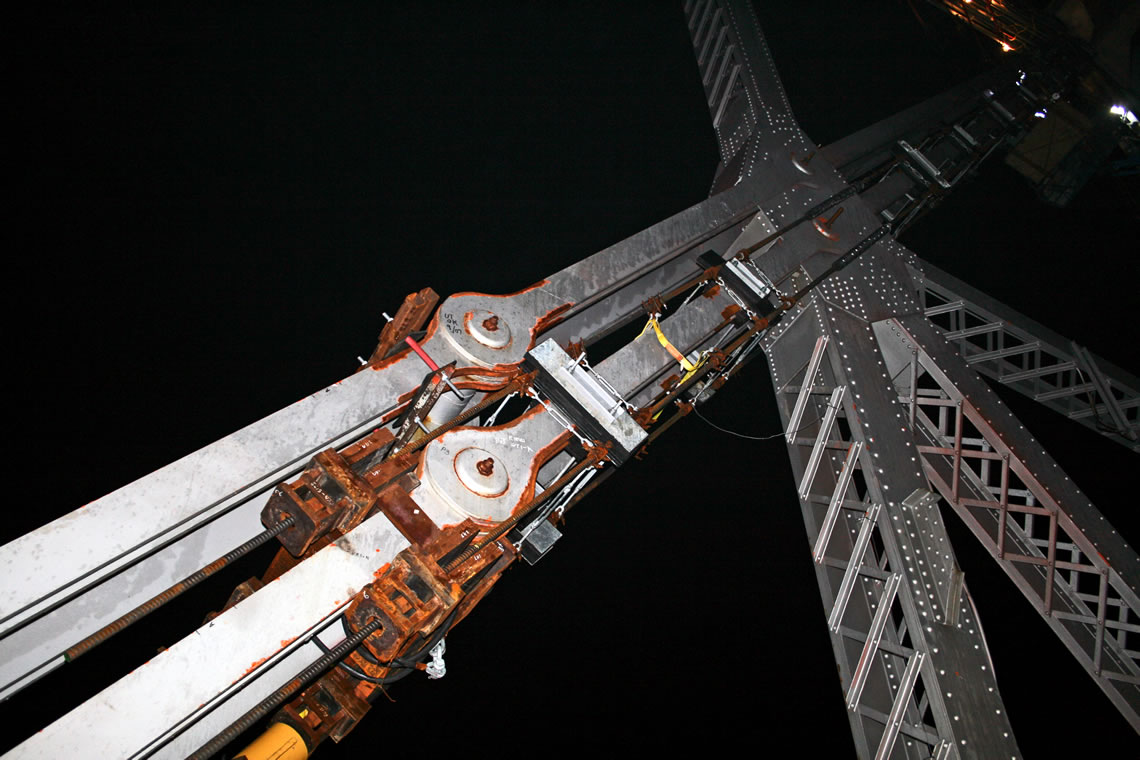 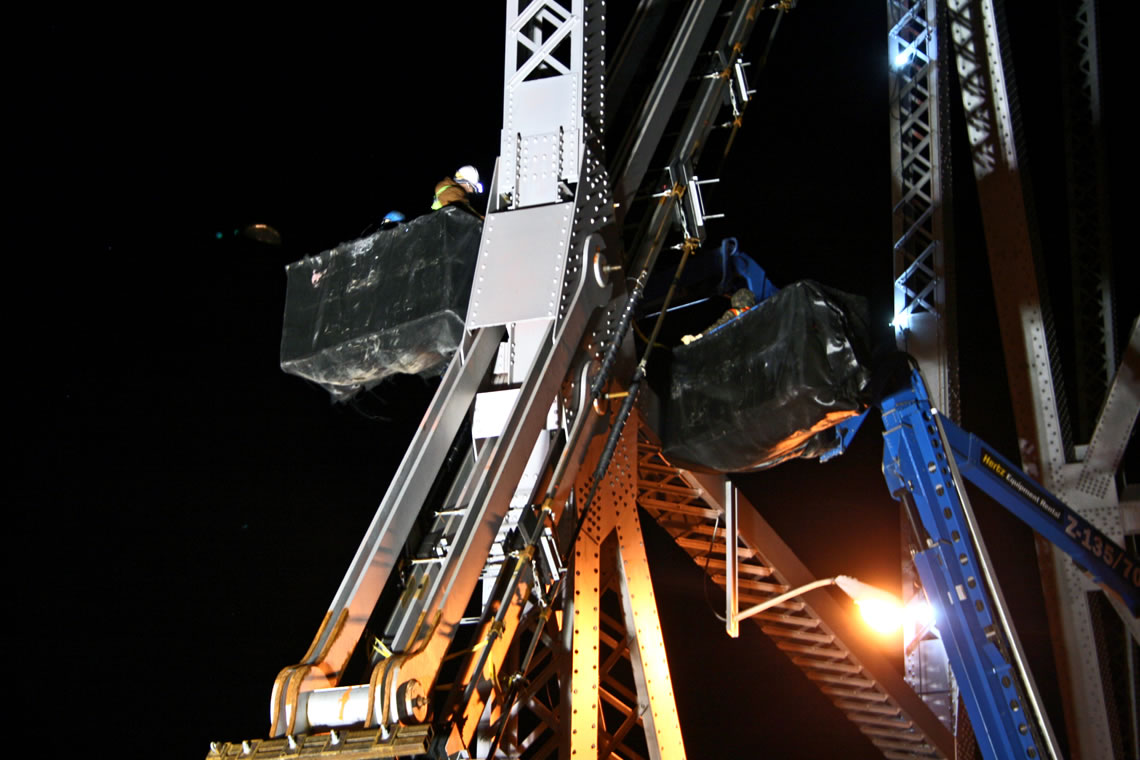 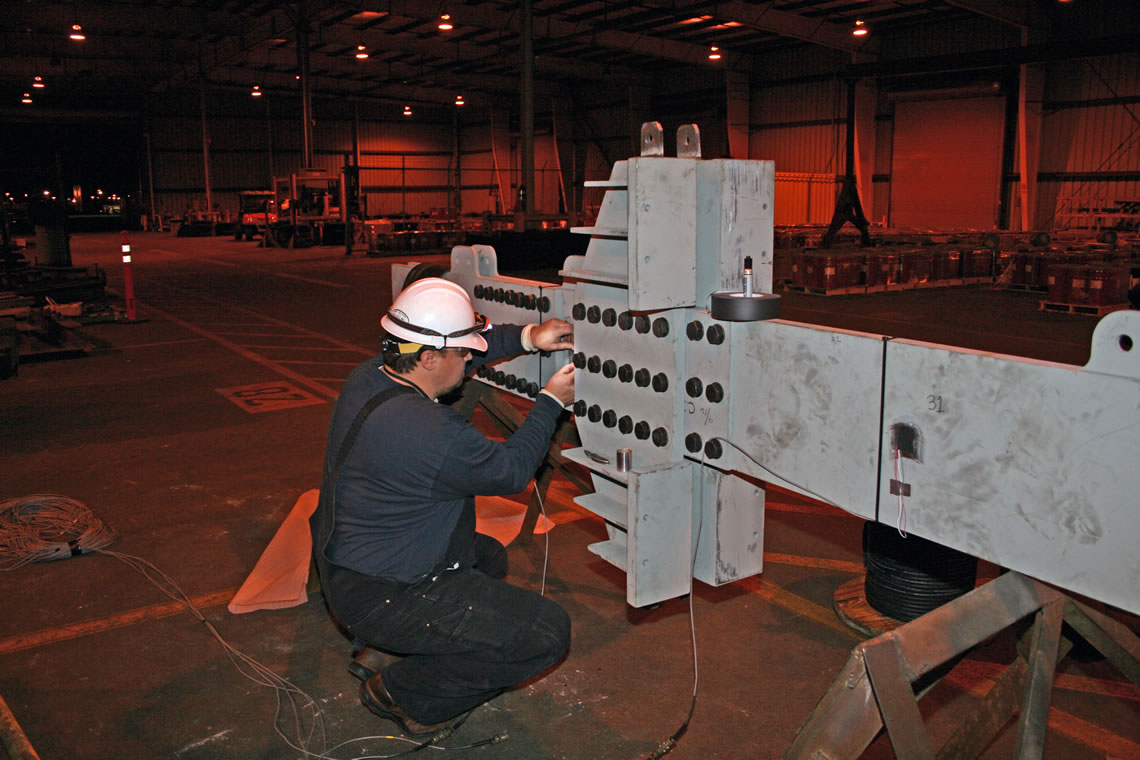 Built in 1936, the bridge between Oakland and San Francisco is undergoing a major seismic upgrade, which includes replacing the entire East Span connecting Oakland to Yerba Buena Island in San Francisco Bay, midway between the two cities. On Labor Day weekend 2009, while the bridge was closed so workers could install a 3,200-ton section connecting the existing East Span to a detour on the island, Caltrans took the opportunity to conduct what was expected to be a routine inspection of the bridge.

However, the inspection quickly became anything but routine when a major crack was discovered in an eyebar on the East Span. As a critical link in the bridge’s structure, the presence of the crack in the eyebar precluded re-opening the bridge until repairs could be made. Fortunately for Oakland and San Francisco commuters, engineers were able to design a temporary repair and have it installed before the Tuesday morning commute commenced following the Holiday weekend. Unfortunately, the repair proved to be more temporary than planned, when, two months later during the evening commute, a 4,500-pound cross-member broke loose from the repair, fell 100 feet, and crashed onto the bridge deck below, damaging three cars, but miraculously, injuring no one.

A re-designed, temporary repair was then placed in service until early December, when a long-term repair was installed.

VGO was retained to provide data acquisition services during the long-term eyebar repair so the loads in the damaged eyebar and the adjacent members could be monitored during the removal of the damaged section of the eyebar and the installation and tensioning of the replacement section. Specifically, VGO engineers installed strain gages, accelerometers, displacement transducers, and thermocouples on the damaged eyebar as well as on the new, replacement eyebar, along with wind speed and direction sensors on the bridge and pressure transducers on the hydraulic jacks being used to tension the repair member. VGO engineers then monitored the sensors using a high-speed data acquisition system during the repair and for several months afterward to assure that the repair was performing as expected.