February 28th 1953: James Watson and Francis Crick announce to friends that they have determined the chemical structure of DNA. Watson, Crick, and Maurice Wilkins were awarded the 1962 Nobel Prize in Physiology or Medicine “for their discoveries concerning the molecular structure of nucleic acids and its significance for information transfer in living material”.

February 28th 1997: GRB 970228, a highly luminous flash of gamma rays, strikes the Earth for 80 seconds, providing early evidence that gamma-ray bursts occur well beyond the Milky Way. It was the first gamma-ray burst (GRB) for which an afterglow was observed.

March 1st 1936: The Hoover Dam is completed. In 1928, Congress authorized the project, such a large concrete structure had never been built before, and some of the techniques were unproven. The dam is a concrete arch-gravity dam in the Black Canyon of the Colorado River, on the border between the U.S. states of Nevada and Arizona. The Hoover Dam impounds Lake Mead, the largest reservoir in the United States by volume. It controls floods, provides irrigation water, produces hydroelectric power and is a major tourist attraction, nearly a million people tour the dam each year. 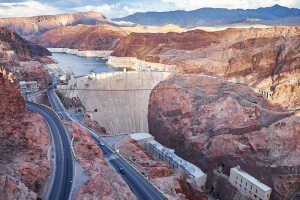 March 1st 1966: Venera 3 Soviet space probe crashes on Venus becoming the first spacecraft to land on another planet’s surface. The entry body contained a radio communication system, scientific instruments, electrical power sources, and medallions bearing the Coat of Arms of the Soviet Union. However, its communications systems failed before it reached the planet.

March 2nd 1791: Long-distance communication speeds up with the unveiling of a semaphore machine in Paris. During 1790–1795, at the height of the French Revolution, France needed a swift and reliable communication system to thwart the war efforts of its enemies. They sent the message “si vous réussissez, vous serez bientôt couverts de gloire” (If you succeed, you will soon bask in glory) between Brulon and Parce, a distance of 16 kilometres. They used a combination of black and white panels, clocks, telescopes, and codebooks to send their message. 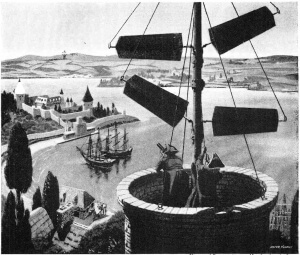 March 2nd 1949: Captain James Gallagher lands his B-50 Superfortress Lucky Lady II in Fort Worth, Texas after completing the first non-stop around-the-world airplane flight in 94 hours and one minute.

March 2nd 1995: Researchers at Fermilab announce the discovery of the top quark. It was the last quark to be discovered and is also the most massive of all observed elementary particles. Unlike all other quarks, it does not form hadrons, giving physicists a unique opportunity to study a “bare” quark.

March 2nd 1998: Data sent from the Galileo, an unmanned spacecraft, indicates that Jupiter’s moon Europa has a liquid ocean under a thick crust of ice. It was launched on October 18, 1989, carried by Space Shuttle Atlantis. Galileo arrived at Jupiter on December 7, 1995, after gravitational assist flybys of Venus and Earth, and became the first spacecraft to orbit Jupiter. 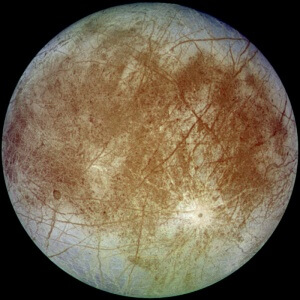 March 3rd 1915: NACA, the predecessor of NASA, is founded. NACA began as an emergency measure during World War I to promote industry, academic, and government coordination on war-related projects. It was modeled on similar national agencies found in Europe. 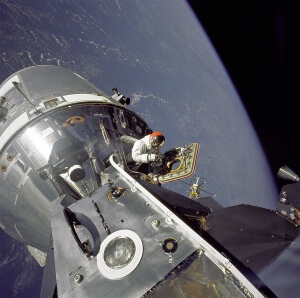 March 3rd 1997: The tallest free-standing structure in the Southern Hemisphere, Sky Tower in downtown Auckland, New Zealand, opens after two-and-a-half years of construction. The Sky Tower is an observation and telecommunications tower it is 328 meters tall, as measured from ground level to the top of the mast

March 4th 1986: The Soviet Vega 1 begins returning images of Halley’s Comet and the first images of its nucleus. It took more than 500 pictures via different filters as it flew through the gas cloud around the coma. Although the spacecraft was battered by dust, none of the instruments were disabled during the encounter. 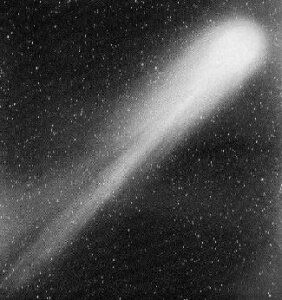 March 5th 1979: Soviet probes Venera 11, Venera 12 and the German-American solar satellite Helios II all are hit by “off the scale” gamma rays leading to the discovery of soft gamma repeaters. A soft gamma repeater (SGR) is an astronomical object which emits large bursts of gamma-rays and X-rays at irregular intervals. It is conjectured that they are a type of magnetar or, alternatively, neutron stars with fossil disks around them.

March 5th 1979: America’s Voyager 1 spacecraft has its closest approach to Jupiter. The probe’s primary mission objectives included flybys of Jupiter, Saturn, and Saturn’s large moon, Titan. It studied the weather, magnetic fields, and rings of the two planets and was the first probe to provide detailed images of their moons. As of winter 2016, it is the farthest spacecraft from Earth and the only one in interstellar space. Voyager 1’s extended mission is expected to continue until around 2025, when its radioisotope thermoelectric generators will no longer supply enough electric power to operate any of its scientific instruments. 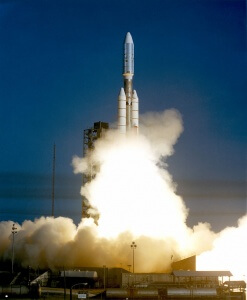 March 5th 1981: The ZX81, a pioneering British home computer, is launched by Sinclair Research and would go on to sell over 1.5 million units around the world. It was manufactured in Scotland by Timex Corporation and was designed to be a low-cost introduction to home computing for the general public. The ZX81 was designed to be small, simple, and above all cheap, using as few components as possible to keep the cost down. The ZX81 could be bought by mail order in kit form or pre-assembled. 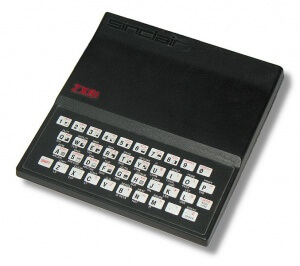