The story behind the unit: the Ohm. 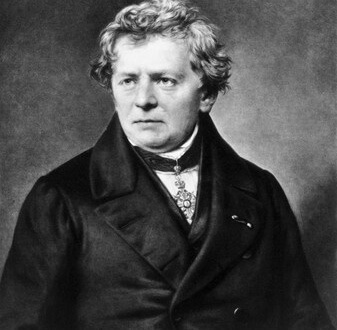 Georg Ohm lived from 1789 to 1854 in what is now Bavaria, Germany.  He was the son of a locksmith who took it upon himself to teach his children mathematics, physics, chemistry and philosophy.

Ohm began his career as a teacher of mathematics at the age of 17.  After 3 years he left his position to become a private tutor in math while continuing his own personal study.  Two years later he was awarded a doctorate and began lecturing at the University of Erlangen.  Unable to support himself on his lecturing salary he took a full time job at a second rate school, which he didn’t like.

To bolster his credentials he began writing a geometry textbook which impressed the King of Prussia and landed Ohm a position at a well-regarded school where he could continue his personal research.  Ten years later, at the age of 38, his famous work “Die galvanische Kette, mathematisch bearbeitet (The Galvanic Circuit Investigated Mathematically)” was published.  In it, he developed the famous equation, creatively named Ohm’s Law, we still use; V=IR [voltage equals current times resistance].  His employer didn’t appreciate his work and he resigned his position.

He spent the remainder of his life working as a professor.  It wasn’t until 1841, when Ohm was 52, that his work was recognized by the Royal Society and his place in history was cemented. Georg Ohm died in Munich in 1854 at the age of 65.