Last week I attended the 94th Annual Meeting of The National Council of Examiners for Engineering and Surveying (NCEES). The purpose of this meeting is for the engineering licensing boards from all over the nation come together to share best practices and debate items that effect the future of the engineering profession.

As a member of The Oregon State Board of Examiners for Engineering and Land Surveying (OSBEELS) I attended along with several other board members to represent the State of Oregon. 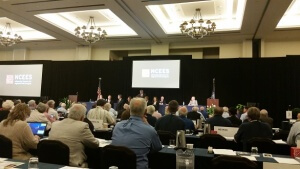 One of the things that NCEES does is to establish model law and model rules for engineering licensing boards. While these have no effect until and if enacted by individual State Boards, they do serve to set a general direction for the engineering community. This year, one of the heavily debated items was a position statement on education which you can read about here.

“The Council recognizes that future demands for increasing technical and professional skills have resulted in the need for additional education beyond the bachelor’s degree for those entering the engineering profession.”

Basically it says that in the future engineering licensure candidates should have a master’s degree or equivalent. Now, before you march on city hall carrying pitchforks, remember that this has no effect unless adopted by a State Board, but it does show which direction things appear to be going. Not all delegates agreed with this, and I expect it will be the subject of continued debate and change for years to come.

During the conference, there was a keynote luncheon with former astronaut Michael Massimino. He talked about his experiences in space working on the Hubble telescope and life as astronaut.

It wasn’t all business, while there I had an opportunity to tour Colonial Williamsburg and get a sense of life in Virginia during the founding of our Country. Shown below is the entryway to the Governor’s Palace (inviting isn’t it?). 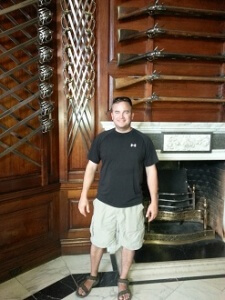 While there I appropriately was punished for my past sins. 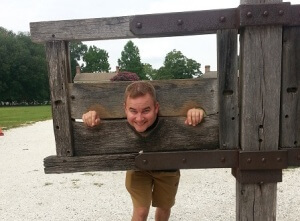 I also toured Jamestown, the site of the first permanent English settlement in America. If you’re ever in Virginia it’s well worth a visit. 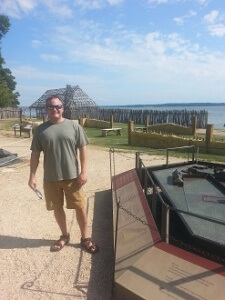