While traveling through Florida this winter, we visited the Kennedy Space Center Visitor’s Complex. It is located on Cape Canaveral and, in addition to on-site attractions, offers tours by bus, allowing visitors to see the Saturn V rocket, rocket launchpads, and the vehicle assembly building.

The concrete pad in the photo below is the launchpad used to send the Apollo spacecraft to the moon. You may notice that the fence is curved outward; we were told this is to keep alligators from wandering onto the launchpad. 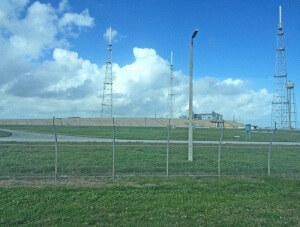 This is the vehicle assembly building. The American flag in the upper left corner is 22 stories tall! 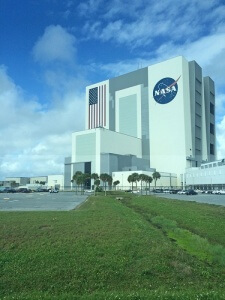 This is the Apollo control room, containing original equipment. Sitting in the room you can imagine it as it once was, bustling with activity as history was made.

This cute little bus transported astronauts to the launch site. 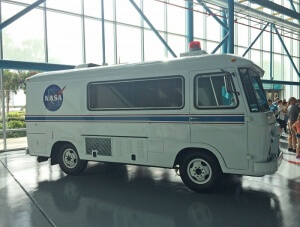 The next three images show the Saturn V rocket, quite an impressive display in person. 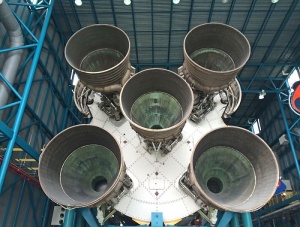 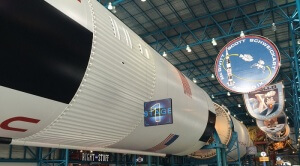 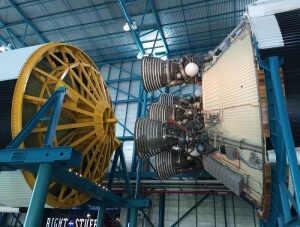 This is the lunar landing module – so small! 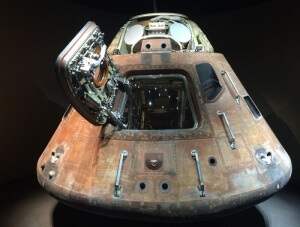 This is a surface rover, built from spare parts but identical to the one used on the moon. The wheels are metal mesh. 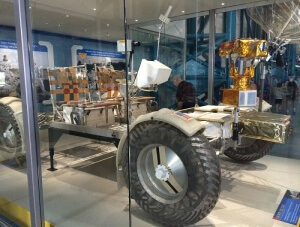 These two photos show the space shuttle Atlantis – it’s like a delivery truck built for space. The giant arm in the photo below was used for docking onto the space station. 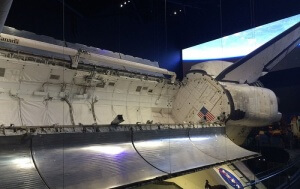 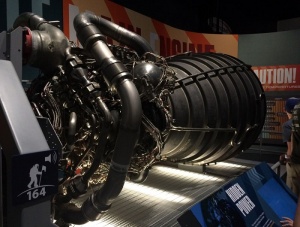 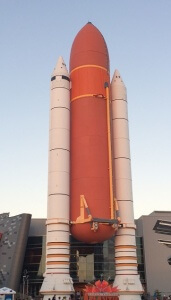